THE Z EVOLUTION
BY Moose Peterson
Nikon Ambassador Moose Peterson has been published in over 133 magazines worldwide, is the author of 28 books including Photographic FUNdamentals, Taking Flight and the best-seller Captured. In an article especially written for Nikon Owner, Moose takes us through the new Nikon Z system.

INVINCIBLE 50′ 44.34 NORTH, 01′ 02.03′ WEST
– SEA HUNT – PART III
By Michael Pitts
A short distance from the historic waterfront of Portsmouth, under the murky waters of the Solent, lies the wreck of the Invincible, captured by the British in 1747. Michael Pitts describes the extraordinary challenges linked to filming and documenting its excavation.

ICY ANTICS
By Heather Angel
Heather Angel explains how she captured a shot of a Eurasian otter as it bounded across the frozen surface of a pond at the British Wildlife Centre Surrey.

NIKON PB-6 BELLOWS
By Becky Danese
What do you do if you want to photograph subjects closer than the eye can see with a level of detail unobtainable using a normal macro lens? Becky Danese systematically guides us through the use of the Nikon PB-6 bellows unit.

THE MUSICAL BOX OF MICHAEL PUTLAND: IMAGES FROM HIS ARCHIVE
By Gillian Greenwood
Gillian Greenwood looks at the correlation between music photographer Michael Putland’s dynamic image of music legend Chrissie Hynde and the portrayal of women in art and photography over the centuries.

TONY HURST GALLERY:
Words by Gray Levett
Many years ago, a former director of Rank showed Gray Levett a one-off 203mm Taylor Hobson movie lens specially adapted to fit a Nikon F. It has been photographed perfectly by Tony Hurst.

FOOTSTEPS TO THE STARS: AN INTERVIEW WITH FELIX KUNZE
By Gillian Greenwood
A career highlight for photographer Felix Kunze was shooting eight of the surviving Apollo astronauts to celebrate the 50th anniversary of the moon landings at The Explorers Club Annual Dinner. Gillian Greenwood interviews Felix about this momentous occasion. 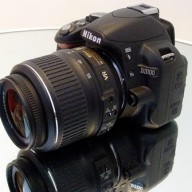 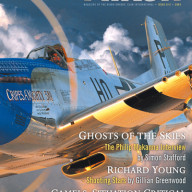