CONTENTS – ISSUE 70 2020 THE DECISIVE D6 By Moose Petersen The mighty Moose Peterson, writer, Nikon Ambassador, wildlife & aviation photographer puts the new flagship D6 through its paces with some stunning results. NEITHER SHAKEN, NOR STIRRED By Simon Stafford In this first part of a two-part article, Simon Stafford examines VR for F-mount […]

CONTENTS – ISSUE 67 2020 THE Z EVOLUTION BY Moose Peterson Nikon Ambassador Moose Peterson has been published in over 133 magazines worldwide, is the author of 28 books including Photographic FUNdamentals, Taking Flight and the best-seller Captured. In an article especially written for Nikon Owner, Moose takes us through the new Nikon Z […]

Posted on February 21, 2017 by Grays of Westminster

Our Grand Christmas Dinner 2016 was held, as it had been for the previous eight years, in the magnificent Regency Restaurant at the Institute of Directors (IoD) at 116 Pall Mall, London; it was organised as usual by Features Editor Gillian Greenwood with her customary élan, and was, according to feedback, a spectacular success. When […] 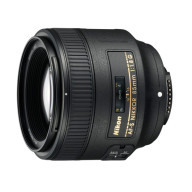