Posted on October 20, 2016 by Grays of Westminster The Aftermath – Winner of the Mammals Category – by Simon Stafford, Technical Editor of Nikon Owner magazine

The contrast between the eerie silence of the scene that confronted me that morning could not have been greater to the cacophony of thundering hooves, splashing water and cries of the stricken animals I had experienced the previous afternoon, when several thousand wildebeest had crossed the Mara River, Kenya’s Masai Mara Nation Reserve, during the annual migration. In the stampede that ensued, as they attempted to climb the steep river bank, many animals fell and were trampled to death, or left dying.

I returned at first light the following morning knowing that scavengers would have been drawn to the location. A rancid stench hung in the damp air, and sure enough there where a number of hyena picking their way silently among the carcasses, gorging themselves. As I watched a lone animal moved to a ledge above the river, apparently to investigate a group of hippos in the waters below, and then, for no longer than a few seconds, it looked straight toward my camera and the moment was captured. 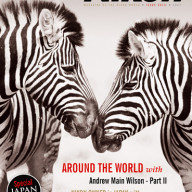 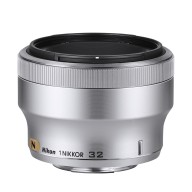 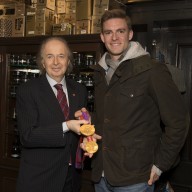