Posted on January 13, 2014 by Grays of Westminster Jenson Button in his McLaren Mercedes as he exits the hairpin in Japan Grand Prix 2012. credit: Michael Elleray

London, 10th January 2014 – Nikon UK is pleased to confirm its support of an initiative that sees the stars of Formula 1 unite for the Zoom auction of photographs taken by the sport’s drivers and team principals in a bid to raise money for Great Ormond Street Hospital Children’s Charity (GOSHCC). Along with the images, Nikon COOLPIX cameras which have been signed by some of the sport’s biggest names will also be auctioned off.

The drivers and team principals of F1 teams were asked to take a photograph of their chosen subject and those images will be signed and auctioned by Coys (www.coys.co.uk) at a star-studded event on Friday 7th February 2014 at London’s prestigious InterContinental London Park Lane, hosted by the BBC’s F1 presenter Suzi Perry.

All F1’s drivers and team principals have taken part with images ranging from Fernando Alonso’s podium shot of the Monza crowd to Nico Rosberg at the wheel of an historic 1938 W154 Mercedes and the view from the window of Bernie Ecclestone’s house in Switzerland.

Nikon has provided seven COOLPIX S9500 cameras to Zoom which have been signed by some of the sport’s greatest drivers including Sebastian Vettel, Kimi Räikkönen, Damon Hill, Jacques Villeneuve, John Surtees, Alain Prost and Sir Jackie Stewart. It is the first time that cameras signed by F1 world champions have been auctioned and all proceeds will go to GOSHCC. Further images include those from four-time world champion Sebastian Vettel, British superstar Lewis Hamilton, and Mark Webber in his final season of the sport, along with F1 commentator Martin Brundle. F1 legend Michael Schumacher also has an un-signed image taken in 2013 included in the lot.

The photographs will also be collated in a special edition book, published by Vision Sports Publishing, which will go on sale ahead of the 2014 F1 season.

The auction follows on from success of the inaugural Zoom event which took place last year. It was the first auction of photographs taken by the stars of any sport. In his foreword to the book of the auction, Bernie Ecclestone commented: “It has been done for a wonderful cause,” adding that “the F1 Group has been supporting GOSHCC for many years and we are proud to be able to help with the tremendous work they do.”

Christian Sylt, co-founder of Zoom, said: “Thanks to the support of the teams and Bernie Ecclestone, we are able to showcase a varied collection of photographs which encapsulate life inside Formula 1. Every image provides a unique, insider’s view of motor racing and offers a rare opportunity for the public to own a slice of history and help support the incredible work undertaken at Great Ormond Street Hospital.”

Olivia Jary from Great Ormond Street Hospital Children’s Charity said: “We’re delighted to be working with Zoom again this year on this exciting project, which brings together our supporters in the F1 community. The money raised will make a real difference to patients and families from across the UK.

“We’d like to thank Zoom and the F1 community for their continued support and generosity.”

Jeremy Gilbert, group marketing manager at Nikon UK said: “It’s a fantastic project that gives us a glimpse into the lives of F1 drivers from a unique perspective, both on and off the track, whilst helping to support the Great Ormond Street Hospital charity.

He adds: “We hope that the auction of both the images and signed Nikon COOLPIX cameras will help to make a difference and raise funds for this worthy cause.” 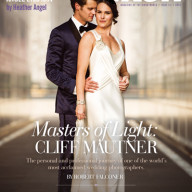 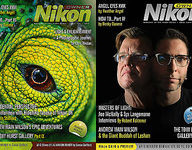 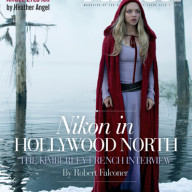 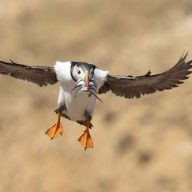 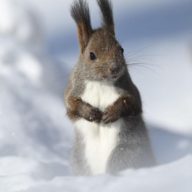