Peter Jepson, the organizer of the Nikon Owner West Midlands Regional Group would like to announce the next photo-outing of the group, which he has kindly arranged to take place on Saturday, June 15th at Warwick Castle. You are invited to attend whether you are a new or longer-term subscriber to Nikon Owner.

Warwick Castle is a stunning medieval castle developed from an original built by William the Conqueror in 1068. Warwick is the county town of Warwickshire, England, situated on a bend of the River Avon. The original wooden motte-and-bailey castle was rebuilt in stone in the 12th century. During the Hundred Years War, the facade opposite the town was refortified, resulting in one of the most recognisable examples of 14th century military architecture. It was used as a stronghold until the early 17th century, when it was granted to Sir Fulke Greville by James I in 1604. Sir Fulke Greville converted it to a country house. It was owned by the Greville family, who became Earls of Warwick in 1759, until 1978 when it was bought by the Tussauds Group. The location is highly recommended for some interesting and quite unique photographic shots.

Anticipated finish time: The opening hours are from 10:00 a.m. to 5:00 p.m., but everyone can leave as and when they wish. You are also most welcome to attend by yourself or with your family, no matter where you live in the UK.

If you would like to join Peter Jepson and the group on this photographic outing, would you kindly send an e-mail to Gillian Greenwood (gillian.greenwood@nikonownermagazine.com).

In addition, please add your name to the thread on the message board:

DISCLAIMER: The various organisers of these events and photo-outings together with Nikon Owner magazine are only taking the initiative of arranging and facilitating these meetings on the strict understanding that they are solely acting in an introductory capacity and anyone planning to come on any such meeting will be deemed to have agreed that they fully understand this as a condition of joining any of the group events. Some of the outings can be expected to involve travel by foot while photographing in the various locations. Each participant will be deemed responsible for ensuring his or her own safety at all times and the safety of their belongings, and no liability whatsoever is accepted either by any of the organisers or Nikon Owner magazine in this regard. In other words we shall all act reasonably, safely and responsibly and each person will join the party on the understanding that they do so entirely at their own risk. 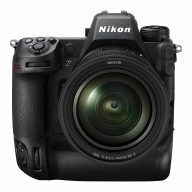 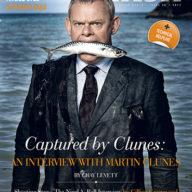