The new Nikon D7100: A Review by Simon Stafford

Posted on February 21, 2013 by Grays of Westminster The Nikon Corporation (Imaging Company) was prolific in its introduction of new camera models during 2012, with four FX-format (D4, D800/D800E, and D600) and two DX-format (D3200 and D5200) D-SLR cameras, plus two CX-format (J2, and V2) ‘mirrorless” cameras being added to the range. While it is highly unlikely that such a pace will be maintained during 2013, there have already be additions to the Nikon 1 series of camera and lenses, and today the first new D-SLR model of the year has been announced, the D7100.

The OLPF has been left out to ensure the full potential of the sensor in terms of its resolution can be maximised; all previous Nikon D-SLR cameras have used an OLPF, including the D800E, which has a modified sensor filter array that negates the effects of its optical low-pass filtration. Apparently the design team decided the potential benefits of having no OLPF outweighed the disadvantages, as the very high pixel density, the pixel pitch of the D7100 is just 3.9-microns, should mean that the likelihood of Moiré effects occurring in a vast majority of real world shooting situations is rare; however, there is a price to be paid, since the effect of diffraction will be a limiting factor in the choice of lens aperture, if the maximum resolution is to be realised. Although as yet untested by myself in this respect I would expect image sharpness to begin to suffer at apertures smaller than f/8, just as it does with the D800 / D800E.

The D7100 also features a built-in sensor cleaning function that operates automatically whenever the camera is switched on, or off. The sensor is supported by Nikon’s latest Expeed 3 image processing regime, while the camera’s Scene Recognition system combines information from the 2,016-pixel RGB metering sensor, which is inherited directly from the D7000, and the 51-point autofocus system that uses the Nikon Multi-CAM 3500DX AF module. The AF system uses the same algorithms as the ‘flagship’ Nikon D4 camera, offering both quick and highly sensitive AF performance, including support for autofocus with lens and teleconverter combinations that have an effective maximum aperture of f/8. All 51 AF points are available provided the lens, or lens/teleconverter combination has a maximum aperture of f/5.6, or larger (smaller f/# number), and in this condition the central 15 AF points work as cross-type sensors that detect detail in both the horizontal and vertical axes. If the lens, or lens/teleconverter combination has a maximum aperture smaller than f/5.6, but f/8, or larger autofocus remains operational but is restricted to just the centre AF point, but it does work as a cross-type sensor.

The shutter unit, which is tested to 150,000 cycles, has a shutter speed range of 1/8000s to 30-seconds, and a top frame rate of 6fps in the full DX format, which is increased to 7 fps in the new 1.3x DX crop mode (addition of the new optional MB-D15 Battery Grip has no affect on maximum frame rates). When recording 14-bit NEF Raw files the frame rate is reduced slightly, to 5 fps in the DX format and 6 fps in the 1.3x crop mode. While the various maximum frame rates are reasonably rapid, the small buffer memory capacity is going to leave some users wanting for more, because recording 12-bit lossless compressed NEF Raw files the buffer capacity is restricted to just 7 frames in the DX format, and 12 frames in the 1.3x DX crop mode. The 14-bit lossless compresses option lowers the buffer capacity further to 6 frame / 12 frames respectively for the DX / 1.3x DX crop mode. That means that when shooting at it maximum frame rates in the DX format the D7100 is going to run out of steam after little more than a second!

The shutter lag time is a very respectable 0.052 seconds, while the maximum flash sync speed is 1/250-second. The 1.3x crop mode uses just the central area (12 x 18 mm) of the sensor, and provides a maximum resolution of 15.4 megapixels. The even narrower angle of view in this mode, compared with the normal DX-format, means that the already generous coverage of the 51 AF points in the full DX format is increased, so that across the horizontal axis of the frame the AF point coverage extends almost to the very edge of the cropped frame area. Equally, subject magnification is increased, such that a lens with a 200mm focal length on the full DX-format, which provides an angle of view equivalent to a 300mm on the FX-format, will offer an field of view that approximates to that of a 400mm focal length on the FX format, when that lens is used in the 1.3x DX crop mode.

The camera has a number of functions common to other recent Nikon D-SLR models, including a built-in High dynamic-range (HDR) feature, a range of Scene modes, and the ability to preview in real time a number of special effects modes, such as Selective Colour, Miniature, High and Low Key, Silhouette, Colour Sketch and Night Vision, while the camera is in Live View mode, for either stills photography, or video recording. The usability of the ‘information’ (i) button has been enhanced to improve access to a variety of camera controls and features. The D7100 has a single axis (for left/right tilt) virtual horizon display, which can be shown in both the viewfinder and/or the rear monitor screen. A new innovation is Spot White Balance that operates in Live View; it enables the user to take a measurement for the manual preset white balance option from the area bounded by the AF point. By zooming in to a high magnification it is possible to set the white balance from a highly specific area within the frame. Obviously, it requires the area from which the measurement is taken to be a mid-tone, and preferably a neutral grey colour, but up to six different preset white balance values can be saved by the camera. Photographers that make frequent use of flash will be pleased to learn the D7100 has the ability to separate flash exposure compensation from the ambient exposure, as it has adopted this feature from the D4.

As is to be expected these days the video capabilities of the camera are extensive, offering full HD (1920 x 1080) resolution at 30p/25p/24p frame rates, plus in the 1.3x cropped DX mode 1920 x 1080 at 60i/50i frame rates. In manual exposure mode, and with its Auto-ISO feature turned off, the camera provides full manual control of shutter speed, aperture, and ISO during video recording. The maximum recordable clip length is 29.59 seconds, and the camera uses the H.264/MPEG4 AVC compression. There is a built-in stereo microphone, plus a connection port an external stereo microphone, and an audio-out port to connect a set of headphones for monitoring audio recording.

Externally the profile of the right hand finger grip of the D7100 has been modified from the D7000 to provide a more comfortable and secure hold on the camera, and along with the improved rubberised coverings on the grip and rear panel, together with the use of magnesium alloy for the top and rear panels the camera feels very robust and quite substantial in the hand despite is compact size. Thankfully the mode dial gains a dedicated lock button, which is another small but significant improvement over the D7000.

There is a new battery pack/grip for the camera, the MB-D15, which accepts one EN-EL15 rechargeable Lithium-ion battery, or six AA sized batteries. It has front and rear command dials, a shutter release button for vertical shooting, a multi selector button, and an AE-L/AF-L button. The MB-D15 is sealed against ingress of dust and moisture to the same standard as the main camera body.

The D7100 supports remote shutter operation via infrared using the Nikon ML-L3. It also supports wireless connectivity, via the Nikon WU-1a Wireless Mobile Adapter (requires use of a dedicated Wireless Mobile Adapter Utility application, available free from the Apple App Store, or Google Play), allowing transmission of images to an Apple, or Android smart device, plus a limited degree of remote camera control from a compatible smart device. The D7100 is compatible with the Nikon WR-R10 Wireless Remote transceiver and WR-T10 Wireless Remote transmitter that enable remote 3-channel radio control of key camera functions, and either simultaneous, or separate shutter release of multiple cameras. Plus there is an all-new wireless remote control unit, the WR-1, which operates on a radio frequency of 2.4GHz and offers an operating range of up to 120 m / 393-feet, with 15 communication channels. The WR-1 can be combined with other WR-1 units, or the WR-R10 Wireless Remote transceiver to control either a single camera, or multiple cameras, in separate groups if required, for simultaneous shooting, coordinated interval timer shooting, as well as customized shutter release delay. 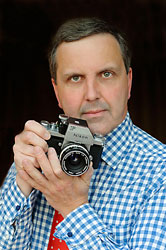 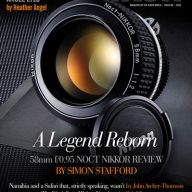 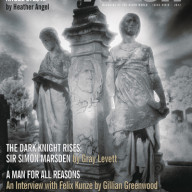