Posted on February 12, 2013 by Grays of Westminster

Felix Kunze tells us of his remarkable experience using the extremely rare 13mm f/5.6 Nikkor lens fitted to a Nikon D800 on a shoot.

The location was the prestigious Leander Club at Henley-on-Thames. The Leander Club is one of the world’s oldest rowing clubs, an institution, a hugely influential piece of British, International and Olympic history. Nestled by the finish line of the Henley Royal Regatta, it also occupies a prime spot next to the only straight stretch of the Thames anywhere. The shoot took place at dawn on a cold November day 2012.

The 13mm f/5.6 Nikkor ultra-wide-angle lens was introduced in March 1976 in a pre-AI type lens mount. This extraordinary lens has only ever been available to special order. The 13mm f/5.6 covers an angle of 118º. It weighs in at 1200 grams and represents the widest rectilinear lens available for the 35mm format. It is 4 inches long (10.2cm), with an aperture range from f/5.6 to f/22.

It has 16 elements in 12 groups; the front element has a diameter of almost 11cm and is surrounded by a fixed ‘petal’ style lens hood. It has a floating rear element design, CRC close-range correction, a rectilinear element design for straight line rendition and can focus down to one foot. In 1977 the lens was updated to the AI standard, and in March 1982 the third version was introduced with the AIS type mount with four x 39mm (rear bayonet mount) filters: Skylight, Orange, Amber and Blue in a CL-14 case.

It was designed by Mr. Ikuo Mori of the 1st Optical Section, Optical Designing Department at Nikon Optical Japan. Apparently only about 350 of these lenses were ever made.

The whole shoot will be available to read about in issue 41 of Nikon Owner magazine www.nikonownermagazine.com. 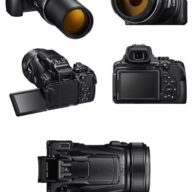