Posted on December 17, 2012 by Grays of Westminster

The evening at the IoD was a great success: a beautiful venue, a sumptuous Christmas meal, distinguished company and a fascinating talk to round off the evening.

Friday 7th December 2012 – The venue for our Grand Christmas Dinner Event was the magnificent Grade 1 listed building, home of the Institute of Directors on Pall Mall in London. Outside the building the spectacular flambeaux were lit, blazing a welcome to all our guests.

Inside the beautifully appointed restaurant a three-piece jazz band set the scene for the champagne reception as the guests arrived, almost 100 in total, including the world-famous celebrity photographer Richard Young and the Chief Operating Officer of the IoD, Andrew Main Wilson.

The Christmas meal was served, and after the coffee and hand-made truffles, the guests adjourned to the Morning Room. In the Morning Room, Gray Levett, Founder of Grays of Westminster, introduced Mike Maloney OBE, the UK’s most decorated press photographer to the audience. Mike’s anecdotal presentation was utterly enthralling. He explained in depth how he started as a press photographer when Britain’s national newspapers were printed in the bowels of Fleet Street, at a time when press photographers needed to wait for their negatives to be developed before submitting them to the Editor. Then, within a very short period, Mike Maloney was shooting some of the most famous people of the twentieth and twenty-first century, from royalty to rock stars, world leaders to sporting legends. Mike Maloney’s cameras kept on shooting and his charm and good manners granted him unprecedented access into homes of major Hollywood stars. The names that fill his diaries are breathtaking; Mike Maloney was the welcome guest at the table of many a famous celebrity, such as the evening he dined with Paul and Linda McCartney and found himself seated next to Jacqueline Kennedy Onassis. Mike explained how being in the right place at the right time, combined with his passion for photography and highly creative ideas led to such enormous success as a press photographer. A view of the restaurant 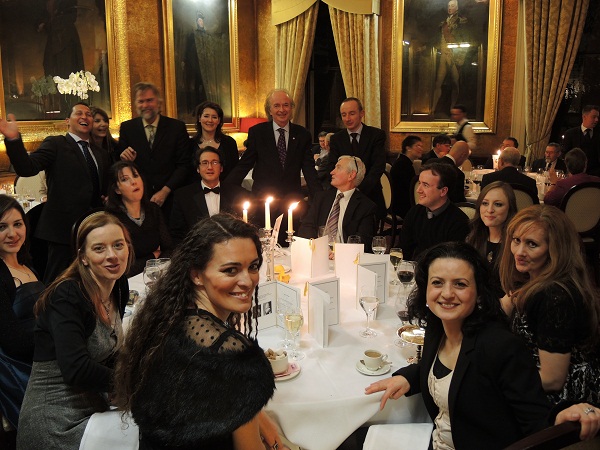 Another view of the restaurant The Grand Staircase at 116 Pall Mall Mike Maloney in the Morning Room

To finish off the evening, Andrew Main Wilson was invited to choose the winning raffle ticket in the Grays of Westminster 2012 prize draw, which was a pair of Nikon High-Grade 2012 Olympic binoculars worth £469, courtesy of Nikon UK. The winner was Peter Hearson. 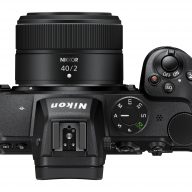