Amsterdam, The Netherlands, 12 July 2012 Nikon today announced the development of a ground-breaking super-telephoto, fixed focal length lens to add to its line-up of full frame (FX) NIKKOR lenses. The 800mm, AF-S lens, with a bright aperture of f/5.6 and VR (Vibration Reduction) system, will be fully compatible with the auto focus system of all Nikon FX-format cameras.

The new lens has been developed to further strengthen the NIKKOR line-up of super-telephoto lenses. It will boast the longest focal length of any NIKKOR autofocus lens, and has been designed with field sports, news and wildlife photographers in mind. In addition to its superior optical performance, the lens will offer dust and water resistance.

“It reflects our on-going philosophy to turn ‘feedback into fact’ for the world’s leading news, sports and wildlife photographers,” he added.

A prototype of the new lens will be premiered to professional photographers at the Open Golf Championship at Royal Lytham & St. Annes Golf Club in Lancashire, England, between July 19th and 22nd 2012. Nikon has been an official sponsor of The Open Championship since 1993. The lens will also be on show to the general public visiting Photokina 2012, the world’s largest photo and imaging exhibition, in Cologne, Germany, from September 18th to 23rd.

An on-sale date, suggested retail price and further specifications will be announced by Nikon Corporation at a later date. 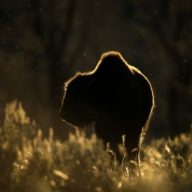 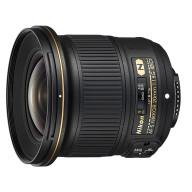